Saint Maclaisre of Bangor, May 16 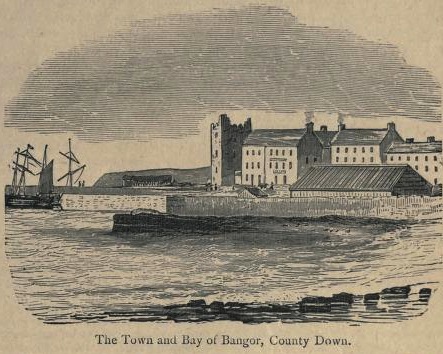 A couple of days ago we looked at an obscure female saint, Lassar, who shares her feast day with the well-known Saint Carthage of Lismore. Today we meet the same name in another form in the person of a seventh-century abbot of Bangor, who shares his May 16th commemoration with the famous Saint Brendan the Navigator. Our abbot's name, Mac Laisre, describes him as the son of Lasre and Canon O'Hanlon assembles the evidence from the calendars and annals for his feast day below. One source he doesn't mention though is the poem preserved in the Bangor Antiphonary on 'The Commemoration of our Abbots'. The poem, consisting of eight strophes of eight lines each, lists the abbots beginning with the founder Saint Comgall, whose feast is also celebrated in the month of May,  describing how Christ has endowed them with heavenly virtues. It begins:

Of our saint it says:

He rendered Maclaisre illustrious,
The chief of all abbots;


This suggests that although he may today be an obscure figure, he retained a prominent reputation within his own community.


St. Maclaisre, Abbot of Bangor, County of Down.

The Martyrology of Tallagh  records this saint, at the 16th of May, as Mac Lasre, Abbot of Bangor. At the same date, the Bollandists  enter Maclasrius, Abbas Benchorensis, in Ultonia. Allusion is made to him, by Father John Colgan,  as having died, during the reigns of Conall and Kellach, joint sovereigns over Ireland. The "Chronicum Scotorum " places the death of Mac Laisre, Abbot of Bennchair, at A.D. 644, the year when it is stated Bede was born. On this day, Mac Laisre departed to a brighter and a better world, in the year 645, according to the Annals of Ulster, and of the Four Masters. The Martyrology of Donegal  registers on this day, as having veneration paid him, Maclaisre, Abbot of Bennchor.