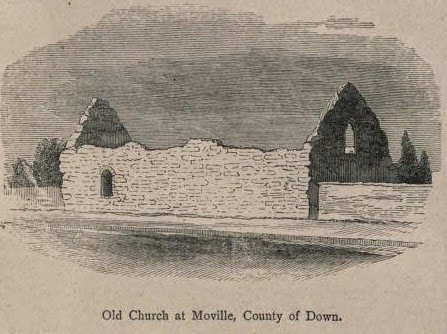 In the calendar appended to his Ecclesiastical Antiquities of Down, Connor and Dromore, Bishop William Reeves notes on October 21:

The Martyrology of Gorman commemorates him as:

'Sillán, a prince who was not evil and cruel'

This latter information is also found in the entry for October 21 in the Martyrology of Donegal which records:

Saint Siollan is the second saint of the monastery of Moville to be commemorated this month, as another of its abbots, Sinell, has his feastday on October 1. Here's a reminder of the history of this foundation from Archbishop Healy:


Moville, or Movilla, is at present the name of a townland less than a mile to the north-east of Newrtownards, at the head of Strangford Lough, in the county Down. This district was in ancient times famous for its great religious establishments. Bangor, to which we shall refer presently, is not quite five miles due north of Moville...Further south, but on the western shore of the same Lough, anciently called Lough Cuan, were the Abbey of Inch, the famous Church of Saul, in which St. Patrick died, and the Church of Downpatrick, in which he was buried with SS. Brigid and Columcille. And in one of the islands in the same Strangford Lough, now called Island Mahee, quite close to the western shore, was that ancient monastery and school of Noendrum, of which we have already spoken. Religious men from the beginning loved to build their houses and churches in view of this beautiful sheet of water, with its myriad islands and fertile shores, bounded in the distance by swelling uplands, that lend a charming variety to this rich and populous and highly cultivated county.

St. Finnian died in A.D. 589, according to the Annals of Ulster, at a very great age.