The Norman Conquest of Ireland

Below is a short introductory essay by a modern scholar on the coming of the Normans to Ireland. 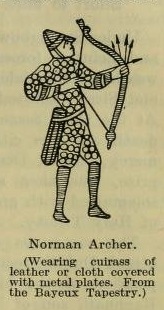 The Anglo-Norman invasion of Ireland began with a trickle of mercenaries from South Wales landing in County Wexford in the summer of 1167, in aid of the exiled king of Leinster, Diarmait Mac Murchada; substantial reinforcements arrived two years later, who were intent on staying and winning Irish lands. The most famous of the invaders was Richard "Strongbow" de Clare, lord of Pembroke and Chepstow (Strigoil), who did not arrive until August 1170, when he married Mac Murchada's daughter, claimed the right to succeed him as king of Leinster, and conquered Dublin from its Hiberno-Norse rulers. These latter events caused the reigning king of England, Henry II, to reassess the benign but "hands-off" stance that had hitherto characterized his response to the invasion. Since his youth, he had been interested in conquering Ireland himself and adding it to the many territories that were his Angevin "empire." He had accepted Mac Murchada's declaration of fealty, made in Aquitaine in 1166 to 1167, carrying the reciprocal duty to protect Diarmait from his enemies, and had authorized him to seek support from among Henry's vassals.

The problem was that Strongbow was an errant vassal, out of royal favor after having taken the wrong side in the civil war that preceded Henry's accession. The latter had denied him the title of earl for his Welsh estates, and was hardly likely to allow him become king of Leinster, which Strongbow was intending to do following Mac Murchada's death in May 1171. Attempts having failed to forbid Strongbow's departure for Ireland, to call home his associates, and to blockade their supplies, Henry decided to come to Ireland, to regularize the position of Strongbow and the other adventurers who were making rapid strides there, and to oversee the conquest in person. And so, when he landed near Waterford on 17 October 1171, with five hundred knights and four thousand archers, Henry II became the first English king to enter Ireland.

It was no glittering prize, although its Viking-founded towns were certainly an asset, and Henry was quick to take possession of them from Strongbow and his followers. Without its wealthy ports, especially Dublin, Leinster was a far less attractive acquisition, and hence Henry allowed Strongbow to hold it in return for supplying the military service of 100 knights. The kings of Thomond and Desmond, Ó Briain and Mac Carthaig, voluntarily came to Henry at Waterford and submitted to him, and most other important kings and prelates did likewise, the kings hoping that Henry might restrain the more acquisitive of the invaders (he did so, to a degree, for several years), while the clergy believed that the Irish church could be more successfully modernized if subjected to English influence, an arrangement formalized at the Synod of Cashel during Henry's brief visit.

However, Henry did not meet the high king, Ruaidrí Ó Conchobair (Rory O'Connor), and the Anglo-Norman settlement did not proceed easily when faced with his opposition, although his armies proved ineffective against the sophistication of the Norman military machine and the invulnerability to Irish assault of the castles with which they were busy dotting the landscape. A compromise was required, and in 1175 the "treaty" of Windsor was negotiated whereby Ruaidrí accepted the Anglo-Norman colony, which was confined within its existing boundaries (Leinster, Munster from Waterford to Dungarvan, and Meath, which Henry had given to Hugh de Lacy in 1172), while Henry acknowledged Ruaidrí as the paramount power elsewhere. However, this had little appeal for the land-hungry colonists and was soon abandoned in favor of a policy of all-out conquest, with speculative grants of Desmond and Thomond being made to favorites of the king, while John de Courcy won east Ulster for himself in 1177. In that year, a royal council was held at Oxford at which the youngest of Henry's four sons, John, was made lord of Ireland. He was not expected to succeed to the throne, and so Henry envisaged a loose constitutional arrangement whereby Ireland would be ruled by a junior branch of the English royal family.

It was 1185 before John visited Ireland, but his youthful folly in his dealings with the Irish kings alienated them from their new lord, who was busy building castles on Leinster's frontier and granting lands in Munster to the ancestors of the Butlers and Burkes, while what is now County Louth was also taken from the Irish. In terms of fostering relations with the Irish, John's expedition proved disastrous, but it did advance the conquest and saw the establishment in Ireland of a form of government modeled on that of England, a pattern that has prevailed. John's later expedition in 1210 was hardly more productive since he was again inept in his treatment of the native rulers, although he reasserted his faltering authority over the colonists and further expanded the apparatus and reach of royal government. In the meantime, in 1199, John had ascended the throne, and hence the lordship of Ireland and kingship of England were, by an accident of history, reunited in the same person, as remained the case long thereafter.

By the time of John's second visit the country had been immeasurably transformed. The power of the Irish kings, except in the northwestern quadrant of the island, had been minimized, and their best ancestral lands taken from them by Anglo-Norman barons intent on expanding even further. They were able to do so by virtue of their advanced military equipment and tactics and their policy of encastellation. Beginning with rapidly erected timber structures atop earthen mounds (the motte-and-bailey), they were soon constructing massive stone fortresses like Trim and Carrickfergus, a sign for all to see that they were there to stay. But these would have meant nothing to the Irish if conquest were not followed by large-scale colonization. Only then, by the banishment of the native population from the fertile plains or their reduction to servile status, and the introduction of a new, loyal English population, could the colony feel secure and, just as important, provide a profit for those adventurers who had risked all on crossing the Irish Sea to start a new life.

In the aftermath of the invasion, therefore, Ireland witnessed nothing short of an economic and agricultural revolution. The great lords parceled up their conquests among members of the lesser gentry from their homelands who were prepared to join them on this new frontier. The latter in turn persuaded others to follow suit (probably not too difficult at a time of population growth), and as each took ownership of their new estates, they enticed over their English and Welsh tenants, offering more attractive terms of tenure. They built new towns and boroughs and persuaded burgesses to inhabit them by less rigorous taxes and regulation. Just as towns needed merchants, traders, and craftsmen, so too manors needed laborers and parishes needed priests. Everything required to turn this new colony into a facsimile of England was found and shipped over from the neighboring isle, and within a generation or two the transformation was immense. But it was never complete. In the north and west, and in the uplands and bogs, the native Irish remained intact. Denied access to the law and treated as enemies in their own land, they remained a potential threat, and although the colony continued to expand until about the year 1300, its unfinished nature meant that an Irish resurgence was inevitable.