Vespers Antiphons from the Office of Saint Killian 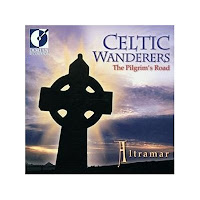 Some selections from an Office of Saint Killian have been recorded by the medieval music ensemble Altramar. The trail of the Irish perigrini forms the theme of their collection Celtic Wanderers: The Pilgrim's Road. They have recorded selections from liturgical offices for Irish saints from a 12th-century Hiberno-Latin manuscript found at Vienna's Schottensift or 'Monastery of the Scots'. Below are the notes and texts from the booklet which accompanies the recording, you can find details of all the tracks plus hear samples of the music here.


I Vespers: Antiphons from the Office of St Killian

St Kilian (who became bishop of Würzburg) and his companions Colman and Totnan were Irish peregrini who traveled and proselytized in the areas of Franconia and East Thuringia, where they were martyred sometime around the year 689. The Vespers antiphons heard here are from an office for St Kilian found in one of the fragmentary manuscripts in the archive of the Schottensift in Vienna. These unusual and beautiful melodies did not survive intact: there are missing notes here and there, which required some educated guesswork and creative reconstruction. We chose to present some of these Vespers antiphons and the following Matins antiphons with voice and instrument, as medieval texts and illustrations indicate that stringed instruments may have been used to accompany Celtic liturgical music.

O martyr of Christ, saint Kilian, who by contending
for the name of God earned a crown of eternal honour,
may all who celebrate your rites rejoice
that by your intervention they have joy in heaven forever.

Let the chorus resound of those shouting for joy to the invincible king of martyrs,
the king who conferred on blessed Kilian along with his companions
the victory of martyrdom.