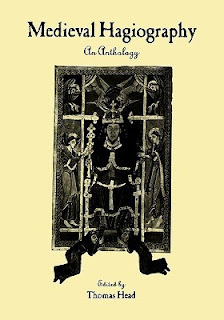 December 11 is the feast day of an Irish woman saint, Fuinche of Abbeylara, County Longford. Ó Riain's Dictionary of Irish Saints identifies her as one of the four daughters of Feargna, all of whom were associated with Abbeylara and subject to Saint Brigid of Kildare. Fuinche is one of a dozen of this name to be found on the list of homonymous saints. Her geographical location brought to mind the founder of the Longford monastery of Clonbroney mentioned in The Life of Saint Samthann:

5. At that time the foundress of Clonbroney, the blessed virgin Fuinech, dreamt that sparks of fire in the likeness of Saint Samthann came and consumed the whole monastery, and then rose up in a great flame. She told her dream to the sisters and gave this interpretation: "Burning with the fire of the Holy Spirit, Samthann will make this place shimmer by virtue of her merits and in the splendour of miracles". For that reason, Fuinech sent for Samthann and gave her the community.

I wondered, therefore, if this holy woman and our saint of December 11 may be the same individual. Certainly the notes in the Martyrology of Gorman at the name 'Funech' on this day read 'of Clúain Brónaig' (Clonbroney). The Martyrology of Donegal also makes the same identification in its entry for the day:

Saint Fuinche's successor, Saint Samthann, will celebrate her own feast day in eight days time, but I am pleased that we can commemorate the less well-known foundress also. The names of other abbesses of Clonbroney appear occasionally in the Irish Annals from the mid-eighth to the early ninth centuries and rarely after this period. The last obit for an abbess of this foundation is recorded in 1163. As Samthann's death is ascribed to the year 734, this would place Saint Fuinche also in the first half of the eighth century.