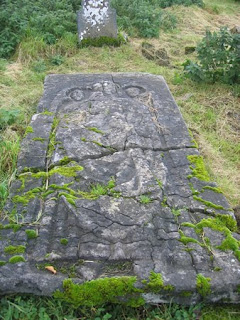 December 6 is the commemoration of an eastern saint who is truly loved the world over - Saint Nicholas the Wonderworker of Myra. A Russian lady once told me that her people love Saint Nicholas so much that they are apt to forget he isn't actually Russian himself. This set me wondering if there might be an Irish dimension to the veneration of the great bishop of Myra. I found that there is, but that it owes more to the Normans and the Crusades than to the earlier native church. In his 12th-century Martyrology, Marianus O'Gorman begins the list of saints commemorated today with 'Nicolaus a holy man'. The Cathedral of Galway, constructed in 1320, was dedicated to Saint Nicholas in his capacity as a protector of seafarers. He was seen as an appropriate patron for a rising commercial city and indeed, the great bishop of Myra is the diocesan patron of Galway and is honoured as such in the Litany of Irish Saints. But Ireland makes an even more extraordinary claim in relation to Saint Nicholas - it claims to be the place where he is buried! Below is an article from an Irish newspaper which summarizes the story:

CURIOSITIES: SANTA CLAUS may well be buried in a little country graveyard in south Kilkenny. Incredible as this might seem there is evidence to substantiate the possibility that Saint Nicholas of Myra, the original Santa Claus, is buried just west of Jerpoint Abbey, one of the finest Cistercian ruins in Ireland, in Co Kilkenny. The unmarked grave is in the ruined church at Newtown-Jerpoint (two kilometres outside Thomastown) once the site of a thriving Norman town that was abandoned in the 17th century probably due to plague, writes Gerry Moran.

St Nicholas, Archbishop of Myra in Turkey, died in AD 342 and was buried there. How his remains, or a portion of them, arrived in south Kilkenny has much to do with the Norman crusaders.

Jerpoint Abbey was founded around 1158 by Donnchadh Mac Giolla Phádraig, King of Ossory. In 1180, it was taken over by the Cistercian order. In 1200, William Marshall, Earl of Pembroke, of Kilkenny Castle, decided to build a new town just across the river from Jerpoint Abbey. He called the town Nova Villa Juxta Geripons meaning "The New Town Across from Jerpoint". That same year the Church of St Nicholas of Myra was built in the town and, according to the historian Canon Carrigan, the tomb was laid that same year also.

When Strongbow invaded Ireland in 1169, his most trusted lieutenant was Sir Humphrey De Fraine. When the church of Newtown-Jerpoint was built and dedicated to St Nicholas of Myra in 1200, the most powerful Anglo-Norman baron in south Kilkenny was Nicholas De Fraine, son of Sir Humphrey.

The story goes that the Norman Knights of Jerpoint, the crusading De Fraines (or De Freynes) when forced to evacuate the Holy Land exhumed the remains of St Nicholas of Myra and brought them to Normandy from where they eventually found their way to Jerpoint. The remains were laid to rest beneath a slab, now broken across the centre, depicting a monk in habit and cowl. The grave, whether it be that of the real Santa Claus or not, can still be seen to this day.

I am cynical about these old stories that supposedly go back into the mists of time, often the truth is that they cannot be traced back beyond the beginnings of the Victorian tourist era. I would be interested to know how far back this one about Saint Nicholas can really be charted in the historical record, if this is a genuine medieval tradition, one would expect to find some mention of it somewhere. I wouldn't be surprised at all if it cannot be traced back any further than the 19th century. I wouldn't be surprised either if it receives a new lease of life in our own time when yarns about secret lore, knights, crusaders and relics have topped the bestseller lists.

St. Nicholas of Ireland is really St. Naul, founder of Killenaule, Co. Tipperary, and other monasteries.

Thanks, but this post was looking specifically at the Irish dimension to the veneration of St Nicholas of Myra, whose cult was established here, like those of other eastern saints such as Catherine of Alexandria, by the Normans.