At April 3 Canon O'Hanlon has a brief notice of Saint Coman, son of Domainghin: 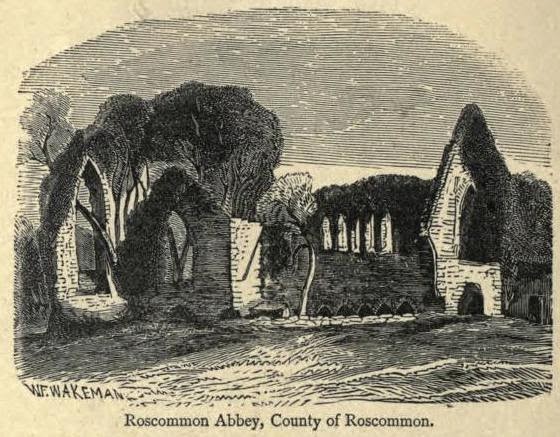 The Martyrology of Tallagh inserts an entry, at the 3rd of April, regarding St. Coman, who is called the son of Domangin. We may suppose him—from the name of their respective fathers—to have been a distinct person from the St. Comman, who gave name to Roscommon, where, at present, are to be seen the ruins of a beautiful Dominican Abbey, founded by Phelim Mac Cathal Crovdearg O'Conor, King of Connaught, A.D. 1257, and who was buried there, in the year 1265. On this day, likewise, we find recorded, in the Martyrology of Donegal, as having veneration paid to him, a St. Coman, the son of Domainghin. Similar to this record, in the Irish Calendar, which belonged to the Ordnance Survey Office, Phoenix Park, at the Third of April Nones, corresponding with the same day of this month, we meet only the entry of one saint. The Bollandists conjecture, that he may have been the same as Cuanna, Abbot of Maghbile.