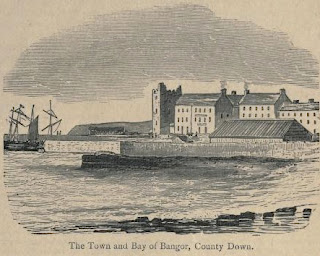 September 17 is the commemoration of an abbot of Bangor, County Down, whom Canon O'Hanlon believed was one of the victims of the great plague of the seventh century:

St. Cuimmen, Abbot of Bangor, County of Down.

A festival in honour of Cummine, Abbot, of Damoirne, is set down, in the Martyrologies of Tallagh, of Marianus O'Gorman, and of Cathal Maguire, at the 17th of September. A great plague broke out, A.D. 666, and during its continuance it is said, no less than four abbots at Bangor—one after the other—succumbed, namely Bearach, Cummine, Colum and Aedhan. From what has been stated already, we may take it for granted, following the order of enumeration, that Cummine immediately succeeded Bearach and immediately preceded Colum, in the government of this monastery. He could not have discharged this duty more than a few months, and he died probably on the 17th of September, the date for his festival. It would seem, that another Abbot of the same house named Critan died within a very short interval. In the Martyrology of Donegal, the present saint is recorded, at the 17th of September, as Cuimmen, Abbot of Bennchor.