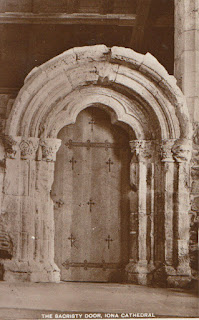 The Martyrology of Oengus has a beautiful entry for December 17:


17. May Victor's host protect us
after the triumph of a deed of valour,
that we may attain splendid bliss
Jesus, Mary's great Son.

The scholiast's notes, however, point to a number of other saints who may also claim to be commemorated on this day:

The Martyrology of Gorman reads a little differently:


The noble translation of Ignatius: Lazarus and Martha, gentle ones, chaste relatives of Christ: Senchad along with them, my Liacc. Crundmael the vigorous whom I mention, my beautiful Aedoc whom thou entreatest.

whilst the latest of the Martyrologies, that of Donegal, omits the mention of Lazarus in favour of a quartet of Irish saints:

I found it interesting that the Martyrology of Gorman had identified Lazarus as the biblical Lazarus of Bethany, the man whom Christ raised from the dead after four days in the tomb. I wondered if he had a feast day in his own right and wasn't surprised to see Wikipedia claim that:


No celebration of Saint Lazarus is included on the General Roman Calendar, but his memorial is traditionally celebrated on December 17.

I haven't been able to find out any more about the other Irish saints mentioned on this day, but the succession of the abbots of Iona is mentioned in the sources. The succession at Iona, initially at least, tended to remain within the wider family of Saint Columba. It has been estimated that of the first thirteen successors of Saint Columba, at least ten were related to the family of the founder. Our saint is listed as the tenth abbot of Iona, immediately succeeding Saint Adamnan, Saint Columba's most famous biographer. In an appendix to his 1874 edition of Adamnan's Life of Columba, Irish Anglican Bishop, William Reeves, quotes the Chronicle of Iona:

If I am correct in assuming that this Conamhail is our saint, and his is the only name from the list of abbots which fits, then his abbacy would have taken place at the time when Iona was dealing with the debate on the Paschal Dating Controversy. Indeed, earlier scholars were puzzled by the fact that the annals appear to show that there was more than one person claiming to hold the abbacy of Iona at the same time. In this case Conamhail is listed for the period 704-710, yet in 707 his successor Dunchadh is listed as having already been abbot, and Dunchadh too shares his tenure with other abbots. Nineteenth-century scholars speculated that this may reflect some sort of 'schism' at Iona between those who favoured the Roman Easter dating versus those who did not. Alternatively, or additionally, the split may have concerned dynastic, familial rivalries between various branches of the wider family of Saint Columba and thus led to two different individuals both claiming to be abbot of Iona. Modern scholar Richard Sharpe, however, is not convinced that the evidence is there for any kind of schism, pointing out:


If the situation here were one of different parties recognizing different abbots, it is hard to understand why the annals should enter all of them impartially and without explanation...Rather than conjecture a schism, we should admit that it is impossible to interpret how the abbacy was occupied during this period.

Obviously this is one more area of the history of the Irish Church that would repay further study.